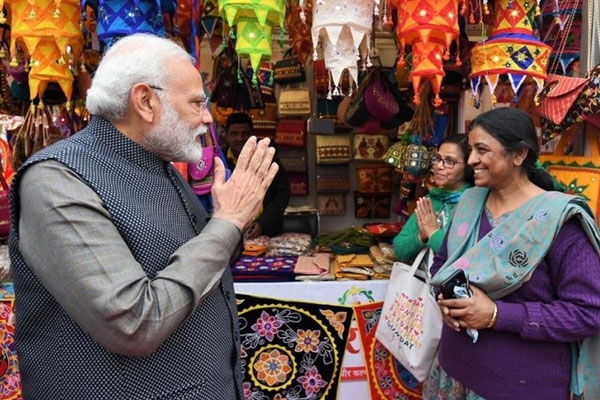 The Prime Minister of India Narendra Modi made a surprise visit to ‘Hunar Haat’ at Rajpath in New Delhi on Wednesday.

The Prime Minister has interacted with the artisans and has also savored ‘litti- chokha’ and ‘kulhad’ tea.

Following the meeting that has been organized of the Union Cabinet, the Prime Minister Modi is said to have reached Rajpath where in ‘Hunar Haat’ is being organized by the Ministry of Minority Affairs.

The officials of the Ministry of Minority Affairs were in shock when they got to know about the visit by the Prime Minister Modi, as said by a source in the government.

Prime Minister Narendra Modi has spent time with the artisans for about 50 minutes and had ate ‘litti- chokha’ which is a popular dish in Bihar, Easter Uttar Pradesh and Jharkhand. the dish consists of a dough ball which is made up of whole wheat flour and is stuffed with ‘sattu’.

It has been said that the Prime Minister Modi had paid Rs 120 for ‘litti- chokha.’

The Prime Minister had been later served tea in a ‘kulhad’ along with Mukhtar Abbas Naqvi who is Minister of Minority Affairs where he had paid Rs 40 for the two cups of tea.

Had tasty Litti Chokha for lunch along with a hot cup of tea... #HunarHaat pic.twitter.com/KGJSNJAyNu

The artisans who have participated in the event has said that the traditional arts were being extinct by the ‘Hunar Haat’ programme is helping to revive the traditions.

There was suddenly an out pour of crowd when they got to know that the Prime Minister Narendra Modi has visited the place.

‘Kaushal Ko Kaam’ is the themed based on which the ‘Hunar Haat’ has been organized and the event is said to be held till the 23rd of February.

The Master artisans, craftsmen and the culinary experts which included more than women from across the world being around 50 per cent of the individuals who have participated in the ‘Hunar Haat’.

The people attending the event will also get to witness a section called as ‘bawarchikhana’ which has also been set up which consisted of traditional delicacies of several states. 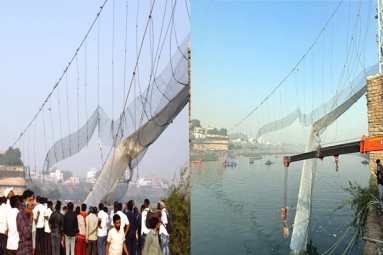 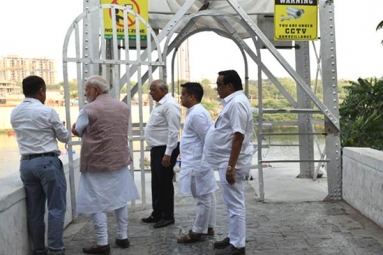 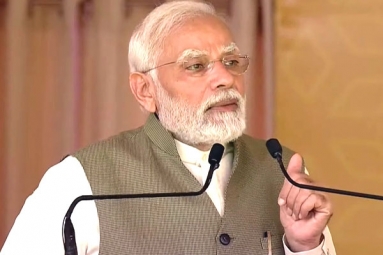 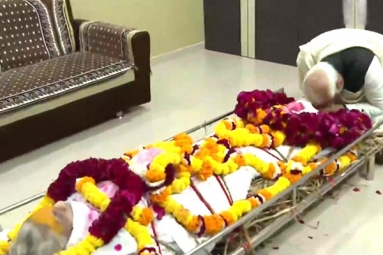 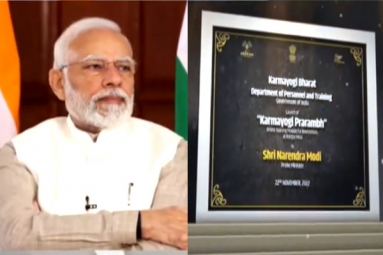 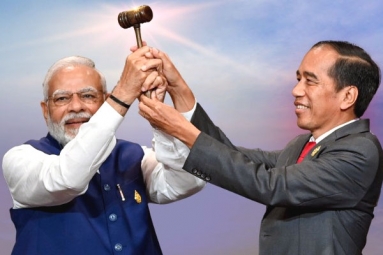 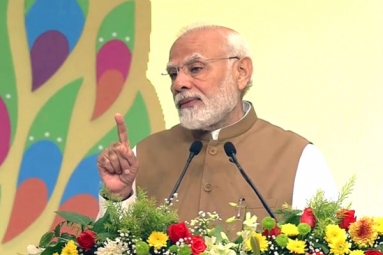 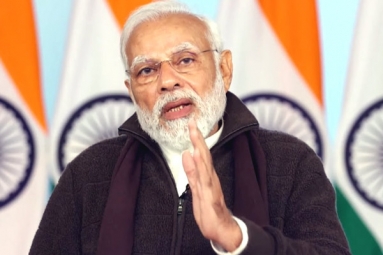