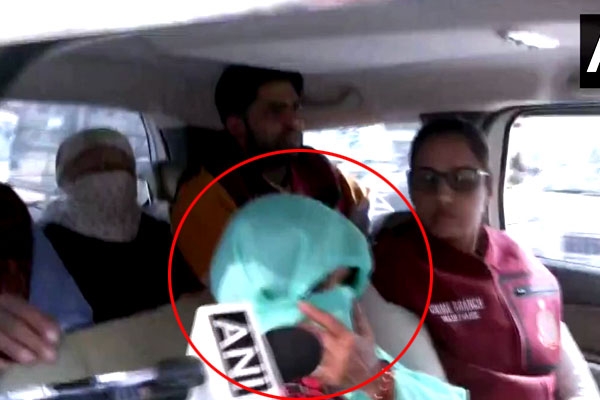 Delhi Shocker: Wife and Son Kill Man, Stores Pieces in the Fridge | Poonam and Deepak kills Man The brutal murder of Shraddha Walkar created shivers across the nation. Her mortal remains were cut into pieces by her boyfriend. Before the country could forget the tragedy, a similar case was reported in the eastern part of New Delhi.
https://wishesh.com/ 28 Nov, 2022 28 Nov, 2022

The brutal murder of Shraddha Walker created shivers across the nation. Her mortal remains were cut into pieces by her boyfriend. Before the country could forget the tragedy, a similar case was reported in the eastern part of New Delhi. The Crime branch of New Delhi arrested a woman from Pandav Nagar for killing her husband with the help of her son. His body was chopped into ten pieces and they were stored in a fridge and disposed after several days. The woman and her son confessed to the crime. The woman was identified as Poonam and she was angry after she came to know that her husband sold her jewelry for his first wife. His first wife lives in Bihar with eight children.

Poonam's ex-husband died of cancer in the year 2017 and she started living with Anjan Das. Her son Deepak too participated in the crime and he said that Das has been harassing his mother. Das was killed in June. He fell unconscious because of a drink. The duo chopped off the body and disposed into pieces. The cops recovered six pieces of the body for now. The execution of the crime is similar to Shraddha Walkar's death. The body parts of Anjan Das were found in Pandav Nagar in June and a case was registered. The case did not go ahead as the body was decomposed completely. The crime branch scanned the CCTV footage and it showed a woman, son visiting the region in the nights. Deepak was spotted carrying bags after which they were arrested. They were questioned and they confessed the crime.