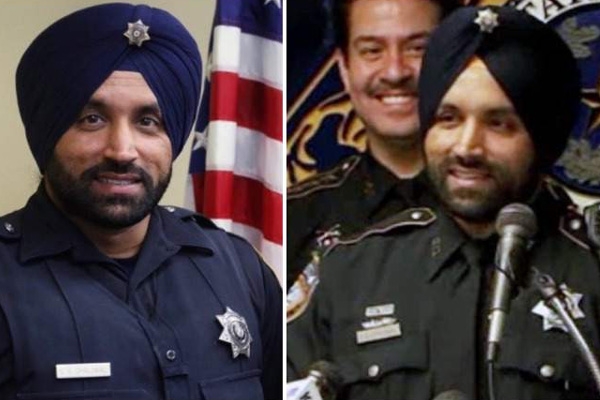 An Indian American Sikh police officer in Texas died after being shot multiple times from behind in a ruthless and cold-blooded way while conducting a traffic stop, a senior official said Saturday.

Sandeep Singh Dhaliwal, who was in his early 40s, was the first police officer in Texas to serve while retaining his Sikh articles of faith, including a turban and beard.

Sheriff Ed Gonzalez said Dhaliwal, a 10-year veteran of the department, stopped a vehicle with a man and woman inside and one of them got out and shot him ambush-style at least twice in a ruthless, cold-blooded way. According to officials, the shooter was seen running to a shopping center nearby. 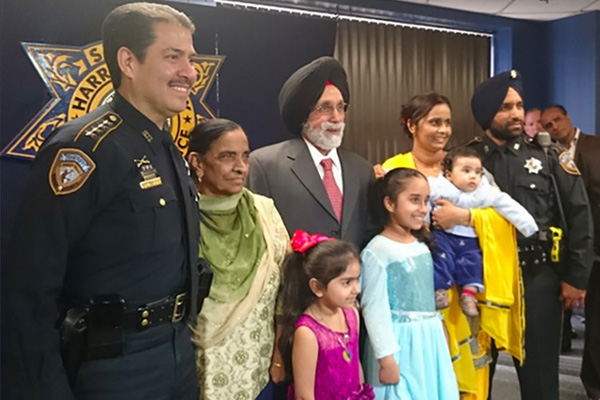 The investigators were able to find out what the shooter looked like by watching Dhaliwal’s dashcam video.

Gonzalez, in a statement, said:

They immediately looked at his dashcam to see what the suspect looked like, they took a photo of the suspect on the scene with their phone and immediately got that out to our intel people.

According to officials, the vehicle shooter was driving was found and is being investigated. The gunman and the woman were taken into custody.

Commissioner Adrian Garcia said Dhaliwal, who was married and a father of three children, was a trailblazer. He was an example for many. He represented his community with respect and pride.

Deputy Dhaliwal is known to everybody as someone with a giving heart. Post (Hurricane) Harvey, when we needed the help most, he brought an 18-wheeler of people that he gathered together, that came all the way from California to deliver goods to our community. 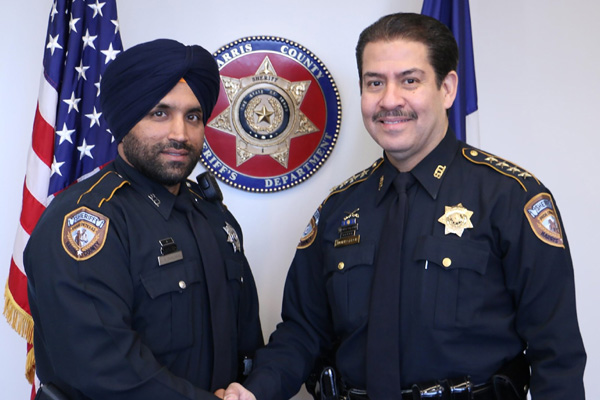 Since 2015, Dhaliwal was serving in Texas police department as the “history-making” police officer concurrently keeping his Sikh articles of faith. He was permitted to wear the turban and beard while patrolling the streets in order to strengthen cultural diversity.

One of the largest sheriff’s offices in the country had affirmed that with this policy, a person does not have to decide on their faith and a career of service. Since 9/11, misperceptions about Sikhs’ religiously mandated turbans and beards have led to a rise in discrimination against the community.

Such policy changes at the Harris County Sheriff Office and additional law enforcement agencies across the country work towards combating this stigma while also allowing competent men and women to serve the community.

Dhaliwal worked with United Sikhs, a non-profit organization conceived in 1999 aiming at global humanitarian relief and advocacy. It helps to organize the donation of truckloads of supplies for first responders after Harvey.