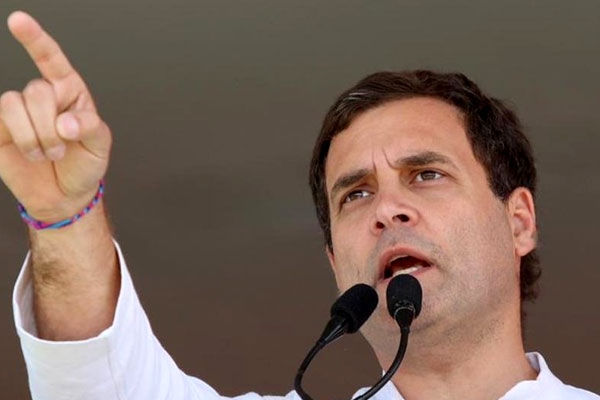 Congress President Rahul Gandhi is most likely to contest from wayanad parliamentary seat in Kerala.

Kerala state Congress president Mullappally Ramachandran on Saturday announced that congress president would contest from wayanad constituency. The following announcement came from congress after Bharatiya Janata Party has once again announced Union Textiles Minister Smriti Irani from Amethi. She lost the election from Amethi to Rahul Gandhi in 2014 General Elections.

However, political observers say that battle of Amethi will be intense  this time around. According to reports, congress leadership is looking for a second seat for Rahul Gandhi.

State units from Karnataka, Tamil Nadu also requested congress leadership to field Rahul Gandhi from one of the constituency from their respective state, apart from Amethi in Uttar Pradesh.

Meanwhile, Congress spokesperson Randeep Surjewala told reporters on kerala unit’s request, “We thank them for their effort and also their expression of love and affection. The Congress president will positively consider it.”

However there is no confirmation from the top leadership about Gandhi fighting from second seat.