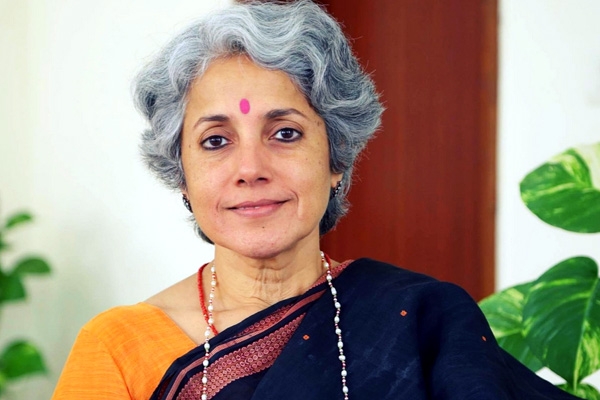 Chennai-Born Dr. Soumya Swaminathan Appointed as Chief Scientist at WHO WHO’s new division will focus on digital health and innovation in order to stay on par with latest scientific advances.
https://wishesh.com/ 09 Mar, 2019 09 Mar, 2019

Chennai-Born Dr. Soumya Swaminathan Appointed as Chief Scientist at WHO

(Image source from: The Better India)

The World Health Organization (WHO) has named Dr. Soumya Swaminathan as the organization’s Chief Scientist in a new department.

Dr. Sowmya was formerly the Deputy Director General of Programs of the WHO and incidentally was the first Indian to have held this position. Taking over for Dr. Soumya will be the WHO’s current Region Director from WHO Europe, Zsuzsanna Jakab.

She was one of three Deputy Director Generals (DDG) who assisted the WHO Director-General Tedros Adhanom Ghebreyesus. Her new role of Chief Scientist has been specifically created for her by the Director. She will be based out Geneva.

“What will be announced today will be the result of your ideas. For the past 18 months, they (WHO officials) have been relentless in conducting a root-and-branch examination of what we do, why we do it, and how we can do it better,” Director Ghebreyesus reportedly said.

“This newly created position of chief scientist will give me an opportunity to strengthen WHO's core normative work, promote research on public health priorities and strengthen health research capacity in countries including on ethics, and accelerate access to digital technologies to improve health,” Dr. Soumya said to the Mint.

The WHO’s new division will focus on digital health and innovation in order to stay on par with the latest digital and scientific advances in the domain of healthcare.

Dr. Soumya was born to MS Swaminathan, the ‘Father of the Green Revolution’ and Mina Swaminathan, the ‘Indian educationist’ in Chennai on May 2, 1959. She completed her MBBS from Armed Forces College and subsequently pursued Doctor of Medicine at the All India Institute of Medical Sciences. She also completed a postdoctoral fellowship in pediatric pulmonology from the University of Southern California’s Keck School of Medicine. She has worked extensively on HIV and tuberculosis-related research and awareness programs.

In October 2017, Dr. Soumya joined the WHO and was made the DDGP.