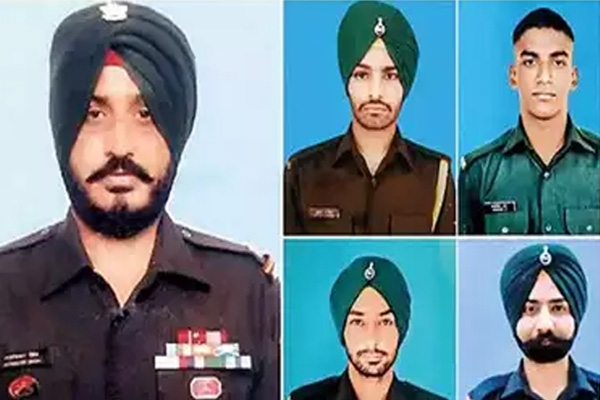 A junior commissioned officer (JCO) along with four other army soldiers have been killed in a gunfight that took place at the Line of Control in Poonch of Jammu and Kashmir. The incident took place after the army personnel targeted a group of terrorists who are traced at a hideout at Surankote in Poonch. This incident marks the highest number of casualties among the Indian Army personnel in Jammu and Kashmir this year. The terrorists moved to another location soon after the army officials staged an attack on them. The terrorists were spending time in a hideout in the forest of Chamrer of Surankote near to Bhangai village in Rajouri district. The terrorists finally escaped and the operation ended up at 9.30 PM.

During the search operation in the villages close to Dera Ki Gali, the terrorits opened fire and five army personnel passed away. Naib Subedar Jaswinder Singh, Naik Mandeep Singh, Gajjan Singh, Saraj Singh and Vaisakh H died during the incident. In Jammu division alone, eight Army personnel passed away this year. The Army launched a search operation on Monday after the intelligence received inputs about the hideouts of the terrorists. All the five were critically injured and they died soon while they were moved out to a health facility in the next town. The terrorist activities have increased in Poonch and Rajouri regions in the recent months. Indian Prime Minister Narendra Modi expressed his grief over the incident.