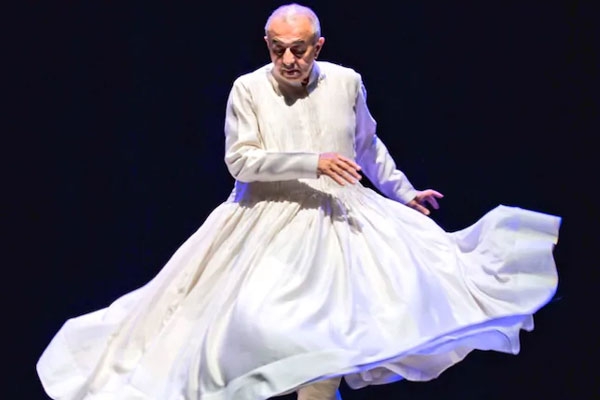 Astad Deboo Dies At 73, Leaves A Legacy For Forever Contemporary Indian dancer Astad Deboo who was popularly known for his mixture of Indian and western dance techniques, passed away on Thursday. His family claims his age to be of 73 during the passing.
https://wishesh.com/ 11 Dec, 2020 11 Dec, 2020

Astad Deboo Dies At 73, Leaves A Legacy For Forever

Astad Deboo Dies At 73, Leaves A Legacy For ForeverTop Stories

Contemporary Indian dancer Astad Deboo who was popularly known for his mixture of Indian and western dance techniques, passed away on Thursday. His family claims his age to be of 73 during the passing.

Deboo was trained professional in Indian classical dance forms of Kathak as well as Kathakali and created a unique fusion of this dance form with western classical dance. He passed away this Thursday during the early morning hours in his home in Mumbai.

His fans across India and the world state that he has left a formidable legacy of unforgotten performances combined with a passionate dedication to his art, unmatched by any and followed by many. His art has helped him gain thousands of followers, friends and a vast vast number of admirers.

According to Padma Alva, a former PTI journalist and a long time friend of Deboom, his funeral is a private affair due to the COVID-19 restrictions.

Actor Anupam Kher took to twitter to pay tribute to the dance legend and wrote that Deboo’s art would be missed.

Deboo’s dance career was famous in 70 countries across the globe. He also had solo, group and collaborative choreography performances with artists at home and abroad.

He described his style as “contemporary in vocabulary and traditional in restraint.”

He is also known for his charitable endeavour, where h worked with deaf children boith in India and abroad for two years. In 2002, he founded the Atsad Deboo Dance Foundation which provided creating training to under privileged children and the differently-able.

His legacy will be forever remembered and cherished.