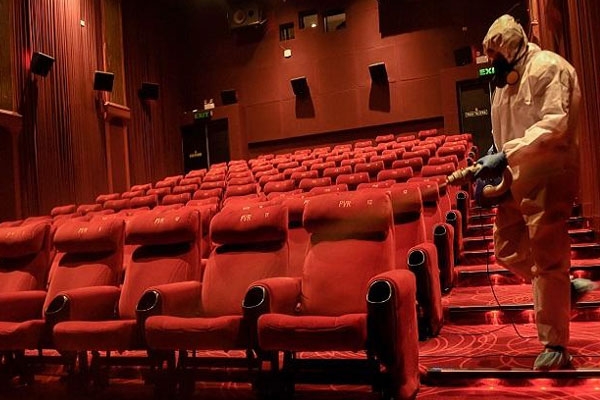 Cinema Halls to reopen from October 15, here are the new rulesTop Stories

The government on Tuesday issued new guidelines for the reopening of multiplexes and cinema halls from October 15 as per the Unlock 5 guidelines.

The central government today has released a new set of guidelines for the reopening of cinema theatres and they have been allowed with 50 percent of the seating capacity.

The Ministry of Information and Broadcasting has released the standard operating procedures which have to be followed by all the cinema theatres and multiplexes from October 15.

What are the changes at the movies?

Cinema theatres across the country will be reopened this month after 7 months of complete shutdown. Meanwhile, the auditoriums will also open with 50 percent capacity.

As mentioned in the SOP, adequate physical distancing is made mandatory and this means that every alternate seat must be left vacant and the seats must be marked clearly.

Moreover, SOP’s also mentioned that the theatre owners must provide a facility for sanitizers and hand washing.

The cinema-goers must be encouraged to use aarogya setu app and all the visitors must be thermally screened before entering the theatre.

Moreover, only asymptomatic visitors will be allowed to enter the cinema hall.

Can you still buy tickets at the box office?

While the box office counters at the theatres and multiplexes will remain open, the ministry of information and broadcasting has encouraged online bookings as much as possible.

However, the box office counters will remain open throughout the day, and the advance booking option will be available to avoid crowding.

Moreover, the floor markings will be indicated to maintain social distancing at the ticket counters.

Will food and beverages be allowed inside the theatre?

Cinema goers are advised not to move during the intermission of the movies and no food and beverages will be allowed inside the theatre premises.

Only packed food and beverages will be sold and also the number of counters will be decreased.

What more changes can be expected?

Show timings will be changed and the shows will now have staggered timings to prevent large gatherings outside the theatre premises before the commencement of a film.

The box office and other theatre areas will be regularly sanitized after every show and the temperature setting inside the movie hall will be maintained between 24 to 30 degrees.

Public announcements like the use of face masks and sanitizers will be made before and after the screening of the movie as well as during the interval break.

Visitors may also be required to provide their phone numbers to make it easy for contact tracing.