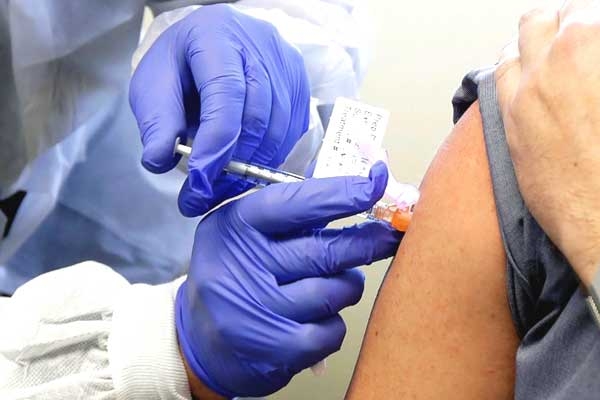 The Poor Likely To Get Free COVID-19 Vaccine The vaccine delivered through the national immunisation programme might not cost much and the poor are likely to get corona virus vaccine at an affordable price.
https://www.wishesh.com/ 28 Sep, 2020 28 Sep, 2020

The Poor Likely To Get Free COVID-19 VaccineTop Stories

It is likely that the ones who cannot afford a COVID-19 vaccine might get it for free from the Government. According to an official, the vaccine would cost Rs 140 - 210.

The Serum Institute of India, CEO Adar Poonawalla, asked if the Government of India has over Rs80,000 crore for purchasing or distributing vaccine next year.

To explore the availability of a vaccine, the Government is considering a large immunisation programme.

Poonawalla quoted, “Will the government of India have Rs80,000 crore over the next one year? Because that’s what the Health Ministry needs to buy and distribute the vaccine to everyone in India. This is the next concerning challenge we need to tackle @ PMOIndia?”

Considering the 130crore population, this would cost Rs600 per vaccine.

Based on how much the disease is spreading, a few vaccines are available nationally, while the rest are sub-nationally.

As of now, the COVID-19 vaccines are being tested on healthy volunteers to ensure safety.

Besides, the vaccines are even being tested on pregnant women. Shahid Jameel, a virologist and Director, Trivedi School for Biosciences, Ashoka University, said that a few women would be included in the phase-3 trial.

After testing the vaccine on adults and if it promises safety, these vaccines would be tested on children too.

SII is in its phase-3 trials of its vaccine candidate, Covishield. The idea is to produce 100 million doses for India and 92 other low income countries, partly given around $150-million fund by the Bill and Melinda Gates Foundation.

India is expecting to receive half of these doses. For now, there is no clarity about how many doses of vaccine would one shot of vaccine involve.

Cost of the vaccine won’t be too much, says Mr.Jameel. It would be pretty much like that of the funds provided through International partnership and donor money. Charging too much for the vaccine wouldn’t be right.

Harsh Vardhan told the Parliament that a “vaccine strategy” is prepared and the healthcare workers are going to be the first recipients.

AstraZeneca and Oxford University have developed the SII vaccine. Apart from this, Indian companies are testing all the other candidates.

According to an official who has knowledge of the vaccine development process, other vaccines like the flu vaccine had Rs500 and hepatitis B vaccine around Rs350.

That being said, if the vaccine has to be delivered via the national immunisation programme, it won’t cost much.