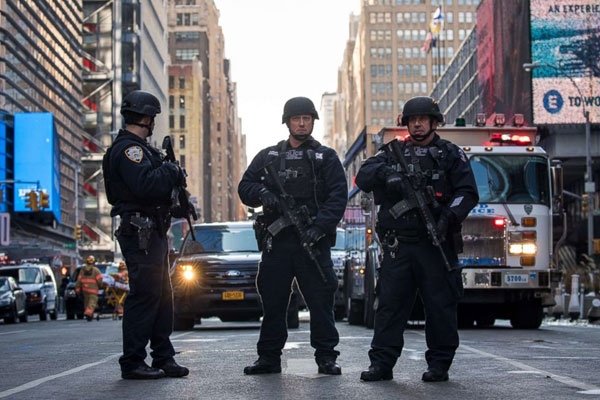 Dead bodies found wrapped in plastic bags in New York City: New York has been witnessing a surge in violent crime during the ‘defund the police’ protests. Defund the police campaign has been started by leftist activists and Democrat politicians. In recent news multiple dead bodies were found dismembered and wrapped in plastic bags in the city.
https://wishesh.com/ 16 Jul, 2020 16 Jul, 2020

New York has been witnessing a surge in violent crime during the ‘defund the police’ protests. Defund the police campaign has been started by leftist activists and Democrat politicians. In recent news multiple dead bodies were found dismembered and wrapped in plastic bags in the city.

Shootings and homicides, which dipped during the initial lockdown phase of the pandemic, are now rising at increasingly high rates. Violent crime has been increasing in the country especially in the state of New York. The homicide rate increased by 23% in the first half of 2020 from the previous year 2019. Amid Defund the police campaign where the politicians are asking the funding that goes to the police department to be transferred to another government department, murder cases and violent crimes have been in rise.

Just on Tuesday a tech Entrepreneur named Fahim Saleh was followed by a man dressed in black into his more than 2 million dollar apartment. The apartment is in Manhattan and the man followed him inside the apartment stunning Fahim Saleh with the gun first and took him inside the apartment. In a short while, the man who is still unknown DE captivated Mr. Fahim and dismembered his body with an electric saw. The body parts were separated and found in garbage bags in his apartment which is located in the Lower East Side of Manhattan.

The investigators who were on the crime scene investigating the case found that the killer was interrupted in dismembering the body when Mr. Fahim’s sister walked into the apartment. The killer ran out of the apartment using the back door and exited the building by the stairwell. He investigator also found out that the killer happened to clean up the evidence but was only half there when the sister entered the room. The cleaning supplies brought by the killer were still there along with the electric saw which was still plugged in to the outlet.

The killer was a professional in killing people and dismembering the bodies so he might be a serial killer who was hired to do the job. Saleh was a global businessman and had started companies in Africa and Asia, which investigators say might be related to his death because his company was “hurting.” Investigator thinks this might be the job of some professional link. The company was in loss and there might be some rival or professional partner trying to take revenge.

The smell was pouring in through the window and the feet of the man were poking out another and he looked like he had been for few days as he was lying there wet in water from the rain.

The violent crime in the areas have been increasing rapidly and the police go every once in a while to check up in the area but nothing like this has ever happened before. This the 2nd case of dismemberment and murder in the New York City reported in this week. McDonald spokesperson also informed that they are cooperating with the officials and have already provided the law enforcement officials with the security tapes and surveillance. They also mentioned that they are saddened by the unfortunate situation.