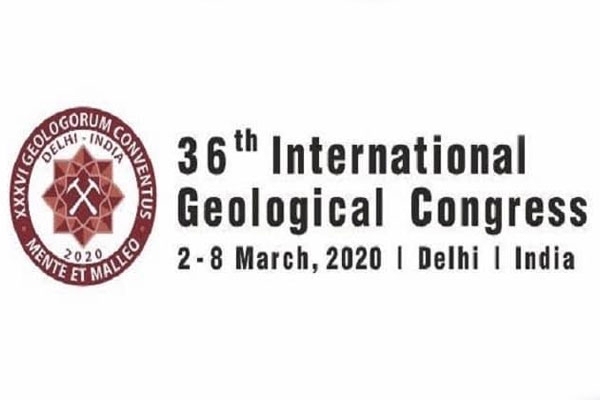 India to host the 36th International Geological Congress in the National Capital Region (NCR) which is scheduled for 2-8 March.

Described as the Olympics of Geosciences, the event is jointly funded by the Ministry of Mines and the Ministry of Earth Sciences, Government of India and is supported by the Indian National Science Academy (INSA) along with the science academies of the neighbouring countries Bangladesh, Nepal, Pakistan and Sri Lanka.

India is the only Asian country hosting the Congress twice and it is expected that the event would be attended by 6000 delegates from across the world.

Prof. V P Dimri, President, 36th IGC said in a press statement , “It is a wonderful opportunity for the country to host such a significant event aimed at the development of Earth Sciences. The meeting has been designed to enable the participation of meritorious geoscientists worldwide and give them the opportunity to explore the best of the geological wealth of the Indian Subcontinent.”

Dr. Rasik Ravindra, secretary General, 36th IGC said, “the excitement of the grand scientific spectacle unfolding in March 2020 is building up! It is an honour for us to host the largest geoscience event in India. This event will prove beneficial not only to the geoscientific community but also to the society at large.”

More than 200 leading global agencies of the geoscience sector will exhibit their products and services at the state-of-the-art geo-exhibition which has been planned alongside the Congress.a mixture of Pre-fabricated booths as well as raw spaces  will be at the expo suiting to a wide range of budgets.

‘Geosciences: The Basic Science for a Sustainable Future’ is selected as the theme for the Science Program of the 36th IGC as sustainability is the key word in all the spheres of life that includes even science. The program contains of 45 themes and 287 symposia and also includes 13 Plenary Talks and a Public Lecture by internationally renowned geoscientists. It has also planned for seventy field trips.