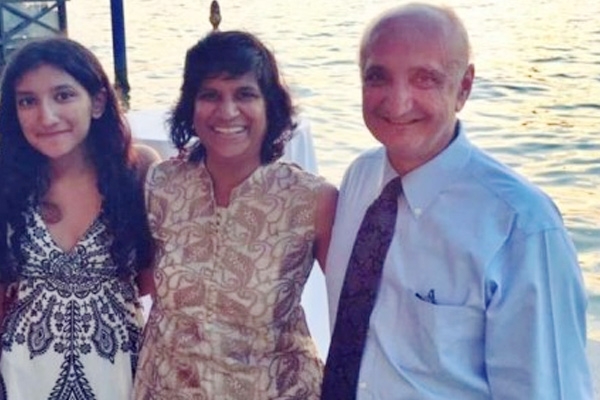 Three of Indian Family Killed in Philadelphia Plane Crash The victims died after their plane went down around Willow Grove area, which is about 50 kms north of Philadelphia.
https://wishesh.com/ 09 Aug, 2019 09 Aug, 2019

Two Indian origin physicians and their daughter found dead when their small plane crashed into the backyard of suburban Philadelphia residence area on Thursday.

The victims identified as 60-year-old Jasvir Khurana, 54-year-old Divya Khurana, and their daughter 19-year-old Kiran, died after their plane went down around Willow Grove area, which is about 50 kilometers north of Philadelphia, reported Associated Press.

According to Upper Moreland Police Chief Michael Murphy, the small plane hit several trees before it stopped and the debris was spread across four backyards.

Residents of the locality said that the "deafening sound" alerted them on Thursday morning.

"It sounded like the plane was coming right for my house," resident John Quatrini told Philadelphia Inquirer. "I thought, 'This is it, I'm done,'" he added.

“No distressed calls were made by the pilot and the plane was in the air only for about three minutes before it crashed,” said Air traffic investigator Adam Gerhardt.

The National Transportation Safety Board arrived at the place of incident in the afternoon and an investigation is underway.

Jasvir Khurana was a professor of pathology and laboratory medicine at Temple University's Lewis Katz School of Medicine where he studied bone disease. His wife Divya was also a professor and taught at Drexel University College of Medicine and studied cellular structures. She was also a pediatric neurologist at St. Christopher's Hospital.

The couple was trained at the All India Institute of Medical Sciences (AIIMS) in New Delhi and had shifted to the United States decades ago.

Their daughter Kiran had graduated from Bryn Mawr's Harriton High School early this year and is a national-level squash player.