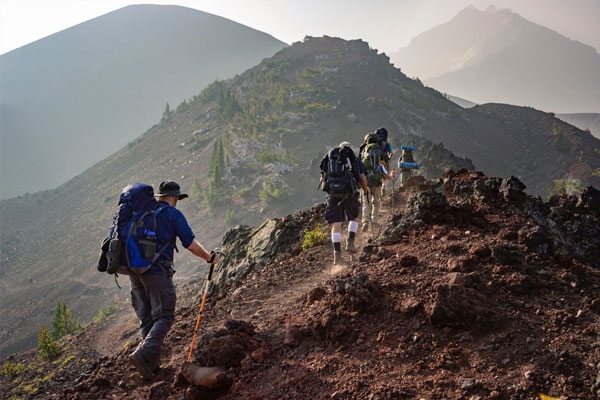 77 Indian Hikers on Their Way to World’s Highest Mt Everest Peak A total of 378 climbers belonging to 41 expedition teams have received a permit from the Department of Tourism to climb Mt. Everest this spring.
https://wishesh.com/ 14 May, 2019 14 May, 2019

As spring’s climbing season came into effect, 41 teams of Nepali and foreign climbers, including 77 Indian Indian hikers have embarked on a three-month expedition on Tuesday to reach the world’s highest peak - Mount Everest.

Spring is the main season to climb Mount Everest and other peaks of Nepal.

"This spring's first ascent on Everest is likely to take place on Tuesday. The rope fixing team of Sherpas have already made their way to the summit and is planning to continue their works above so as to reach the summit tomorrow afternoon," said Everest Climber and famous liaison officer Gyanendra Shrestha from the Everest Base Camp.

A total of 378 climbers belonging to 41 expedition teams have received a permit from the Department of Tourism to climb Mt. Everest this spring. Of them, 13 are Nepali nationals. The number of climbers getting permission this year is higher than the same season last year. In spring of 2018, a total of 346 mountaineers of 38 expedition teams were granted permission to scale the highest peak.

The DoT has collected around Rs. 491.76 million in royalty this season by issuing permits for climbers to climb 30 different peaks.