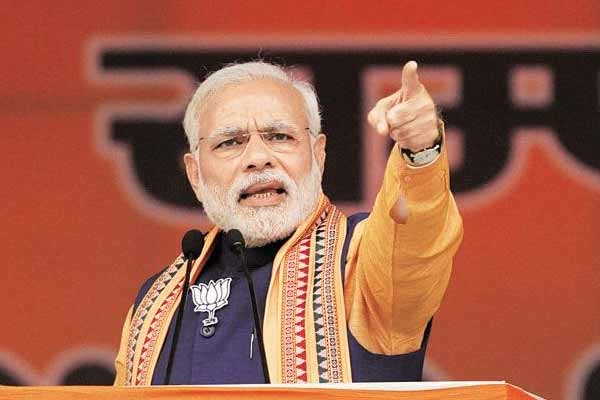 It aims to seek suggestions and views of people for its “Sankalp Patra” Election manifesto for Lok Sabha Elections.

“This is a unique campaign in the history of India’s electoral process and through this campaign the BJP will reach out to the masses and contact 100 million people seeking their suggestions,” Shah told the reporters.

He said it will be month long campaign to seek voters expectations about “New India”.

“Over 300 Vehicles will move across the country and over 7,700 boxes will be taken to 4,000 assemblies to seek people’s views,” he added.

Every section of society has been empowered, every aspect of the nation has been strengthened by the Modi government over the past five years. Out of all the amazing work, what are the five things this government will be most remembered for? Let us know. #BharatKeMannKiBaat pic.twitter.com/4qqAxuL53g

Rajnath Singh who is the head of “Sankalp Patra” committee said that this kind of campaign never happened before and it will democratize the process of preparing the election manifesto.