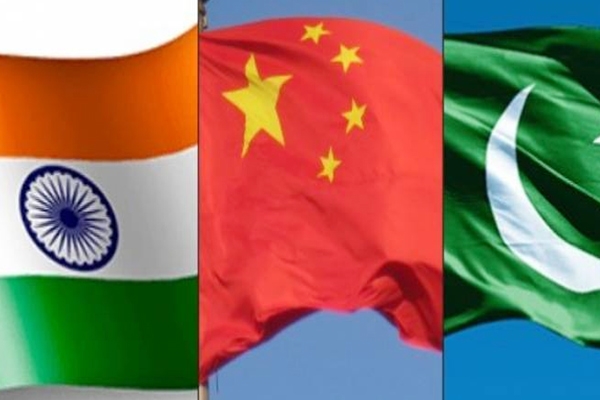 China and Pakistan Wants India To Be a Part Of CPEC | Top Wishesh China signalled on Friday, that it is ready to consider India’s participation in the China Pakistan Economic Corridor, as after a Pakistani general recommended to shed the enmity and asked India to join the Economic Corridor
https://wishesh.com/ 24 Dec, 2016 24 Dec, 2016

China and Pakistan Wants India To Be a Part Of CPEC

China signalled on Friday, that it is ready to consider India’s participation in the CPEC “China Pakistan Economic Corridor”, as after a Pakistani general recommended to shed the enmity and asked India to join the Economic Corridor.

China’s Foreign Ministry spokesperson Hua Chunyin said, “I have seen the reports and I wonder what would be India’s take on the proposal of the Pakistan, whether it is a good sign from Pakistan side. We view Economic Corridor as a co-operation work, and we hope this program will not only serve the interest of China and Pakistan but also of Asia and the region as whole.”

She also added that CPEC program is an important part of China’s Belt and Road initiative and it is an open proposal, and we are willing to work with Pakistan to discuss the participation of any other third country, principle of wide consultation and joint contribution.

China Pakistan Economic Corridor which links the Pakistan’s port of Gwadar with the China’s Kashgar, is a $46 billion project.

Lt General Aamir Riaz the Southern Army Commander of Pakistan said on Tuesday, India should join the Economic Corridor along with Afghanistan, Iran and other Central Asian countries. “ India should share the fruits of future development by shelving the anti Pakistan activities,” Gen asked whether China had talks with Pakistan on India’s participation in the CPEC, Ms. Hua replied she had nothing to offer on this.

But she added that the “CPEC program is a very important part of the Belt and China holds an open attitude towards such co-operation”.

Chinese administration is also debating upon how to prevent emergence of rivalry between India supported port Chabahar in Iran and gwadar, which is just a short distance away.

Li Xiguang, head of the Tsinghua Pakistan Culture and Communication Center at Tsinghua University said to The Hindu, “that in the long run, Gwadar and Chabahar should be sister ports and we should work towards that end.

Ms. Hua’s remarks followed two articles that appeared on Firday in Global times, which advocated that India should co-operate with the gesture of Pakistan.

One of the write-ups said, India should accept the olive branch, which Pakistan has extended in a bid to participate in Economic Corridor.

The Second article was more specific towards highlighting that China wants India to become part of the CPEC.

But the article also warned without naming India, that china would reject any attempt to discredit Pakistan as a supporter of terrorism.