Halle Berry the bond girl in her latest shoot still maintains the slim look with the same energy levels, while in the Bond Film, `Die Another Day.’
https://wishesh.com/ 02 Mar, 2012 02 Mar, 2012

Halle Berry the bond girl in her latest shoot still maintains the slim look with the same energy levels, while in the Bond Film, `Die Another Day.’

The American Model turned actor Halle Berry, was awesome on the shoot of her latest flick Dark Tide sporting a sexy bikini. The 45-year old with a 3-year old daughter (Nahla) from an embroiled affair, still holds a perfect shape. The shape that is still worth a million fans.

Stripped down to a turquoise, coral and pink floral bikini, the actress, who once squeezed herself into leather for her role as Catwoman, flaunted her famously-perfect figure while filming scenes on a boat.  Halle stars as a diving tutor who returns to the deep blue sea after an almost fatal encounter nine years ago with a great white shark.

Considering the Bikini as a sensation, why do you feel these people sport such flimsy clothing? An in depth audience appeal was calculated and the stunning facts revealed were amazing. The women admired the scenes for the perfect shape maintained by the starlets. And desired such curvy structures, to be the most sought after at a meet. But the men felt different, they were just getting entertained on the visuals.

1.    Dr No: Honey Ryder (Ursula Andress) stepping out of the sea in her white bikini.
2.    Die Another Day: Jinx (Halle Berry) is noticed by James Bond through some binoculars as she comes out of the sea.
3.    Tomb Raider: The Cradle Of Life: Lara Croft (Angelina Jolie) rising out
of the sea on a jet ski tooting an uzi.
4.    Dukes Of Hazard: Daisy Duke (Jessica Simpson) obtaining information from a policeman in her pink bikini.
5.    Bridget Jones, The Edge Of Reason: Bridget Jones (Renee Zellweger) on the beach in Thailand after inadvertently taking magic mushrooms.
6.    Ten (10): Jenny Hanley (Bo Derek) running on the beach in slow motion.
7.    From Here To Eternity: Karen Holmes (Deborah Kerr) kissing First Sergeant Milton Warden (Burt Lancaster) on the beach
8.    Return Of The Jedi: Princess Leia (Carrie Fisher) wearing a metallic bikini.
9.    Point Break: Bodhi (Patrick Swayze) in many surfing scenes
10.    Austin Powers, The Spy Who Shagged Me: Felicity Shagwell (Heather
Graham) taking off her wetsuit to reveal her bikini.  (With inputs from internet: AarKay) 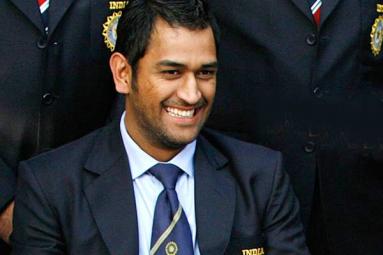 8 acquitted and only 2 convicted for Malala Attack? 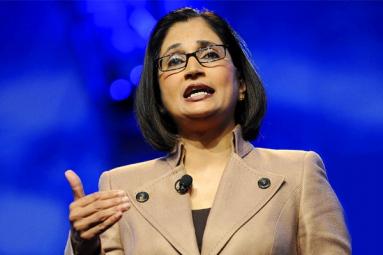 Padmasree Warrior not among the Cisco's new executive leadership team

Why is Halle Berry anti-paparazzi?